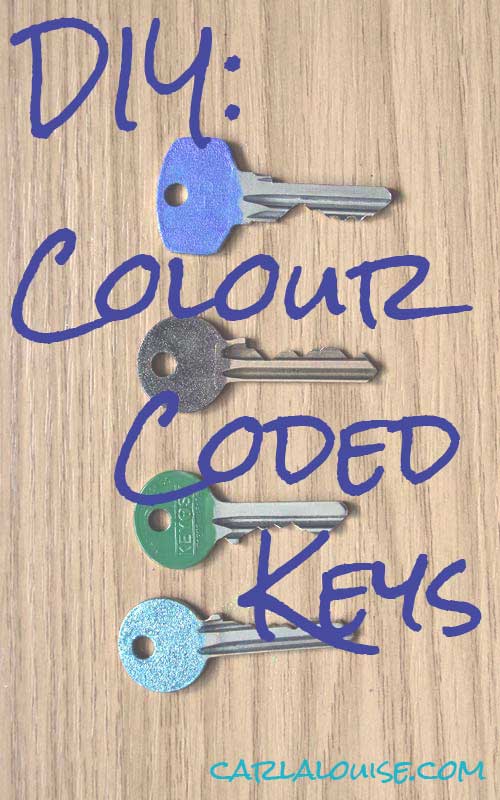 It can’t be just me who finds my tray of keys and spare change a constant muddle, and has more than once picked up the wrong one to house sit or feed a friend’s cat. (I often try to blame being creative, but in this case I am just hopeless at keeping the keys organised).

After the third time I tried to let myself into my parents’ house with my business partner’s house key, I decided I needed to do something drastic. 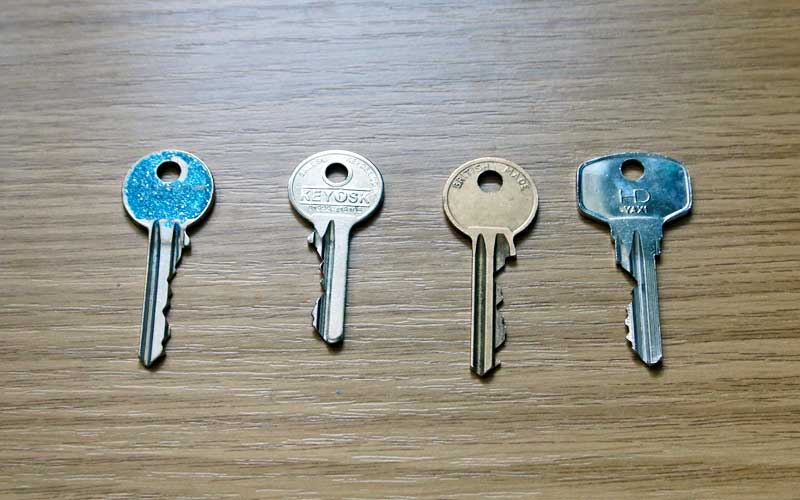 I have three sets of house keys besides my own, all of which are similar enough to make it difficult in a hurry (or the early morning) to see which is which.

So I raided my (embarrassingly extensive, for someone who paints her nails maybe three times a year) nail varnish stash and chose four colours. 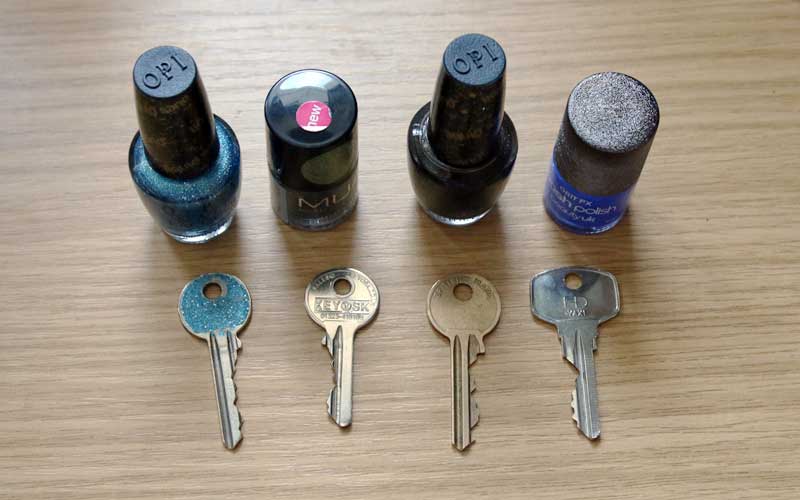 Glittery blue, for my own key.

Burnt sparkling gold because it matched the one gold-coloured key in the set.

Bright green because it makes me smile.

(Sneaky tip, I chose all of these for their heavy coverage too, to reduce the number of coats). 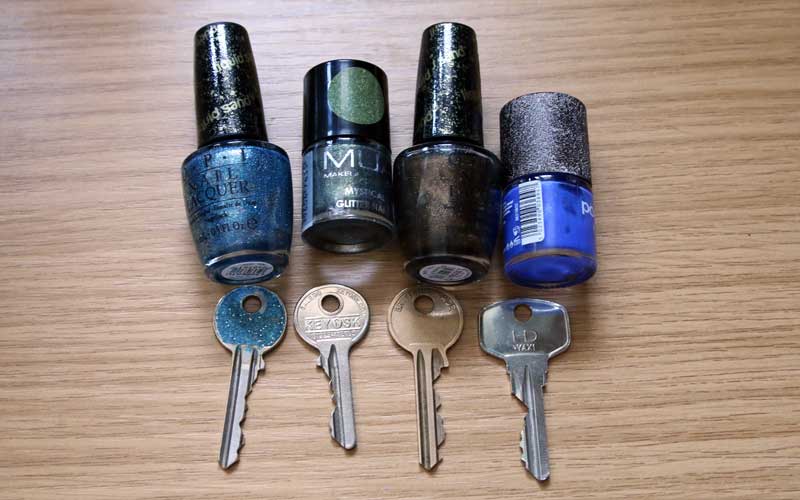 Remove all keys from keyring, and wipe with white spirit or similar to remove any residue from fingers and handbags.

Paint one side of your keys in your chosen colours. 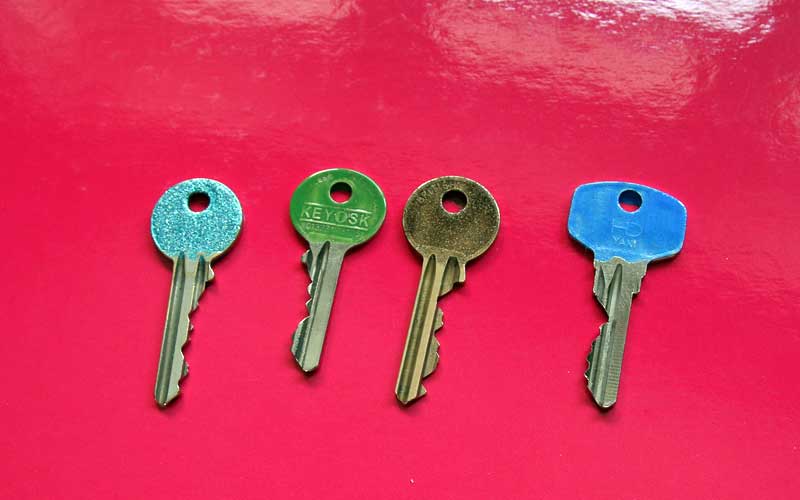 Let dry, and add another coat. Repeat until it’s as bright as you’d like – but be careful not to paint any of the actual key mechanism!

Turn over and repeat on the other side.

Once dry, re-attach to keyrings and admire. 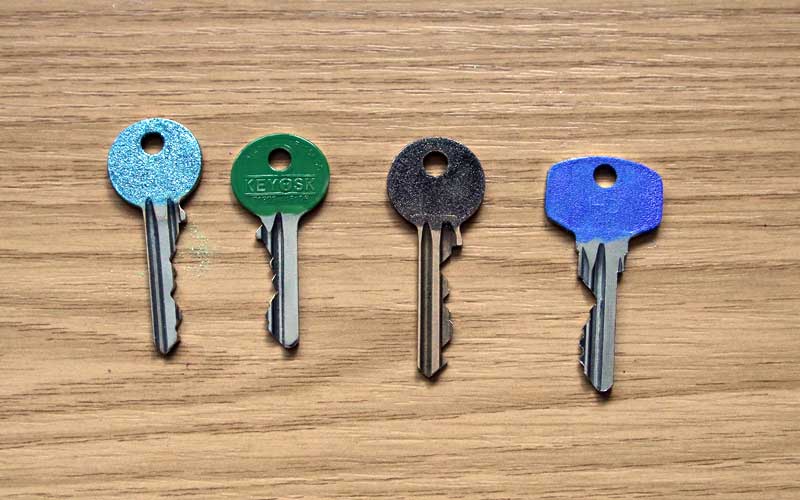 Definitely one of the simplest projects I’ve ever done, but it’s had an amazing effect on the part of my life that involves me turning up at the right house at the right time and actually being able to let myself in…