Why I shouldn’t be left alone on a quiet evening (or, transforming shoes with Mod Podge)

I made these back in March, but realised when I was trying to show a friend that they don’t feature on this blog – I think I posted them on my old Blogspot version.

They just sort of happened, on a coldish evening with nothing much to do, I decided I’d have a shot at making one of my favourite pairs of shoes wearable again (the heels were so scratched and dented I couldn’t wear them to work any more). 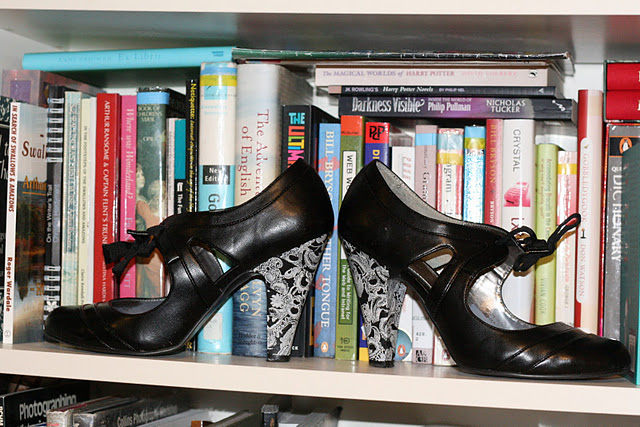 Two of the great loves of my life - shoes and books 🙂

Because they just happened, rather than being planned, I forgot to take a ‘before’ picture. But in the months I’ve been wearing them I’ve had such a good response that I’ve started prepping two more pairs for customising, and will be adding a shoe-customising workshop to my plans for 2012 😀