It’s January. Christmas and New Year seem but a distant memory, and most of us were paid early from the day jobs, or haven’t had much income from our own businesses due to the festive break, and there’s all the Christmas and New Year cash haemorrhaging that happens when you’re somehow not paying attention. (Or is that just me? One minute I’m in control of my finances and next, boom, I’m teetering on the edge of exceeding my overdraft…) 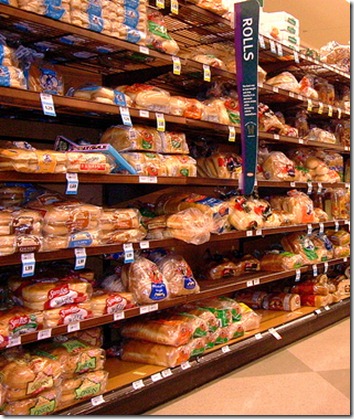 Image courtesy of dogwelder, via Photopin

In an attempt to avoid bankrupting myself in supermarkets, or giving yet more of my money to Ocado (who are great, and reasonable, and save me throwing unnecessary offers into my basket, but do have a minimum order which I can’t currently justify), I thought I’d try a Storecupboard Challenge.

This unimaginatively titled challenge involves trying to cook from my fridge, freezer and storecupboards without adding to them during this month (essentially, until 28th January which is payday). I’m allowing myself trips to the uni shops for essentials (bread, milk, eggs, frozen veg).  The intention is to both save money and release some space in my freezer for lovely things I’ll be making later in the year!

So far I have used up the remaining burgers (one beef, one beef with chili, one pork and apple – very nice too), some sweet potatoes, microwave rice and made a pork & cider casserole in the slow cooker, which is well on its way to doing three meals. My parents fed me on Saturday and I made chicken and tarragon spaghetti last night, with (almost)homemade rosemary and garlic rolls. And managed to make some cakes to take over to Mum & Dad’s on Saturday too!

Next up – watch this space!

*I’m also trying to get a bit more control over my finances full stop – but won’t bore you with the details!!