Happy Thursday, and a note about blogging

I’m still rushing around in a tearing hurry (but oh, such a good feeling to be hurrying for myself!) so here are some snippets of things that have made me happy over the last week or two…

Ink Drops orders – I cannot wait to see reactions from the first batch of boxes, which ship on 14 December;

Treats – I went to Waitrose and accidentally came home with two tubs of Haagen Dazs ice cream (they were on special, it would have been rude not to) and the utterly gorgeous Montezuma’s mint chocolate… it’s expensive, but worth it 🙂 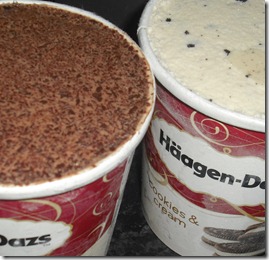 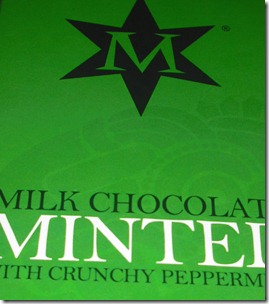 Being given the go-ahead to join student dance classes from January, as both a dancer and a photographer. I’ll be dancing in ballet and hopefully working up to pointe class, which will inform a couple of burlesque routines I am plotting and choreographing. The photography is a project I’ve wanted to start for ages, but have never had access to dancers en masse before now… so I’m very excited!

The arrival of my new dishwasher… it’s been here a little less than 48 hours and has already changed my life… I have no idea how I survived without one for so long! 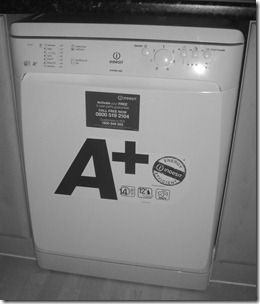 Adding to my homeware and finally having a theme – turquoise and purple seems to be across my kitchen and living room/dining area, while blue and vivid pink dominate my bedroom, and black and white in the bathroom. I can live with that – they all reflect different bits of me. Here is a teal tablecloth, which will definitely get embellished and altered, and some cheap but pretty purple tea towels. Currently being ignored in favour of my Christmas ones! 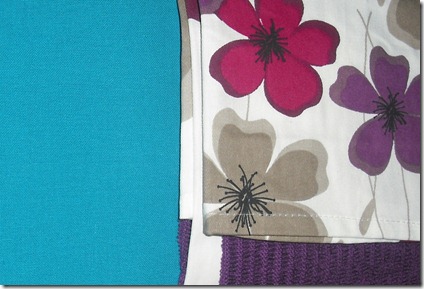 I’ve done more fairs, and enjoyed every moment of them – in the time i took out, I’d forgotten how much I enjoy meeting people. Also had a wonderful coincidence at the Leigh fair, bumping into three lovely ladies (a mum and her two daughters) who Lou and I had met in Spitalfields in the summer, while trying on clothes in Collectif. They popped up at the fair and it was a fabulous moment! Here’s me with my stall (and my hastily-altered dress… it’s strapless, and it was FREEZING, quite literally, on Saturday… so a lace top was added!) 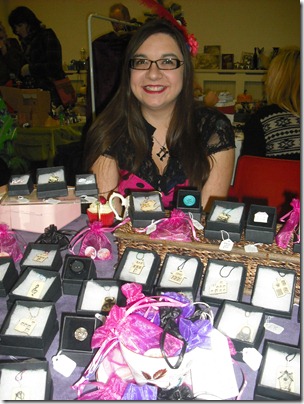 Lovely, lovely evenings with my parents – particularly in this run up to Christmas, they and I have been decorating new places and new trees and sharing decorations and it’s AMAZING. I love that they live so close, and my Christmas spirit is very much present and correct this year!

Putting the world to rights with friends – in person, on the phone and over Skype, it’s all rather soul-nourishing. Inspiration is all over the place and I think 2013 may be the best year yet!

On a more profound note, two people have, without any prompting at all, told me I’m brave this week, and a dear friend said I appreciated and savoured life more than anyone else she knew, and that I “do the things everyone else just talks about”. If you’ve been reading this blog for longer than a month, you’ll know that’s in no way always been the case, and that comment has stayed with me all week – alternately making me want to shriek in triumph, and cry with happiness. Glorious.

I’ve also noticed, and I don’t think this is particularly worthy of its own post, that lots of bloggers I follow have been wondering whether to continue, fretting about their readers or lack thereof, and worrying about what they post if it’s less than their best writing (because this is apparently what ‘real’ or ‘big’ bloggers recommend). Here seems as good a place as any for me to gently but unwaveringly reaffirm that Ducking Fabulous is my little home on the web. I am beyond delighted to have you, lovely readers, along for the ride, but as you have probably gathered, there is no particular focus, and there is more waffle than well-thought-out, profound writing. I make no apologies for this, as I believe blogging should be something you do because you enjoy it, and you do for you… if you stop writing what you truly want to write, your blog loses its soul. Readers usually follow because they liked what you were already writing, or at least that’s why I follow the blogs that I do.

I’m not offended when people unfollow me, whether it’s here, on Twitter or anywhere else – I assume it’s because whoever it is is no longer interested in what I’m saying. And that’s fine. Conversely, I am RIDICULOUSLY EXCITED whenever WordPress, Twitter or Pinterest tells me I have a new follower, because the chances are their blog, feed or boards will be something I also want to read or follow. And that, for me, is by far the beauty and biggest strength of the social web – finding likeminded people you’d never have known before the internet existed.

All photographs are my own – the one of me was taken by the fabulous Val, who was a brilliant Ducking Fabulous ambassador on Saturday! Don’t forget to have a quick nose at the shop, or pop into Tea & Sympathy (Colchester) or Make Do & Mend (Chelmsford), both of whom are currently stocking DF jewellery. I’ll be at the Vintage and Makers Market on Saturday 8th December in Chelmsford town city centre, and last order dates for Christmas are 8 December for the EU and 16 December for the UK – my official rest-of-world last order date has passed, though I will still do my best to get things to you in time for Christmas 🙂

Overheard: snippet of the month

A group of male students on the bus this morning, talking about how cold it is and how hard it is to get up in the mornings.

One of them chimes in ‘Yeah, I love how warm my blankets are though. Makes me feel like a dinosaur!’

They’re an odd bunch but it made me giggle!

“Well macadamia nuts, how about that?”

Worthy of a Monday morning gigglesnort!

hilarious slogan of the day

‘delivering zero emission cheese to London’. Don’t know quite why that made me giggle, but it did!

Just heard at the station: ‘We are sorry to announce that the 6.05 service is running approximately four hundred and nine minutes late. We apologise for the inconvenience caused.’

First time I’ve seen a platform of people all laugh at once!

“Aaaaah, I’m wearing the wrong bra for running in!”

Ok, so it’s juvenile and immature, but I snorted with giggles – and the girl who said it heard me, caught my eye and giggled too!

Yesterday, within another post, I posted a brief introduction to the Pinup Project. This is my attempt to look better all the time, and therefore feel better and get further. I do not subscribe to the thin-is-everything look, but I do want to be healthy and happy and yes, to turn heads on occasion. It’s my attempt to be a more polished version of myself, which I hope will have a positive effect on my life.

I’ve long thought that you can be strong, independent and career-minded, look fabulous while doing so and still ultimately want more traditional things like a partner and/or children. I can be quite forceful, when the subject arises among friends, about our rights to choose what we want – just because I’m not yet sure I want children, doesn’t mean I want to be a ballbreaking career woman married to the boardroom either. It’s all about the balance. And for women who are working, particularly in the City, I think it’s really important to hang onto your femininity – among the many things we can do equally or better than men, that’s the one they can’t even compete with.

I don’t think we should be ashamed of dressing up and wearing pretty things, be those things shoes, clothes, jewellery or makeup. It doesn’t affect our ability to work and it should differentiate us from the men who do similar jobs. A close friend of mine always wears a vintage dress, curled hair and red lipstick to work on dress down Fridays, and gets a lot of stick for being ‘so dressed up’ – when actually, that’s how she would like to dress all the time and only conforms to the office dress code in the week because it’s required in her contract. It’s as though turning up in anything but a shapeless suit during the week, or a tshirt and jeans on Fridays, is somehow against feminism. And I really couldn’t disagree with that more.

The last time I was this close to the zeitgeist was when I wore a tshirt under a strapless dress because the air conditioning in the office was cold. I spent all day fending off compliments about how on-trend I was. But it is a good feeling to know there are others out there who feel the same way as I do on this particular issue, whether or not it’s a trendy topic or not.