Deliberately excluded from previous posts so I could give it its own, the EYC is somewhat of an institution – it’s a bar in Euless, near Fort Worth, and it’s wonderful – understated, full of friendly people and they serve proper Coors beer. You can only get Coors light in the vast majority of everywhere else, and according to Dad, Coors is much better than the light version. I don’t drink beer so couldn’t tell you! It’s a bit legendary to me, in an always-been-talked-about but I’ve always been too young to go kind of a way.

So here’s a proper Coors bottle. Complete with Daisy Duck (see what I did there? She’ll have her own post at some stage too. Maybe even a category of her own…) 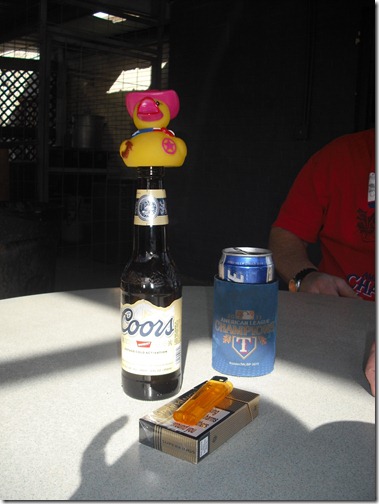 A Texas-sized beer cooler. On a trailer. With Rusty’s name on the side, so Daisy insisted on having a picture (I cannot believe I didn’t take a duck rallying with me. Epic, epic fail). 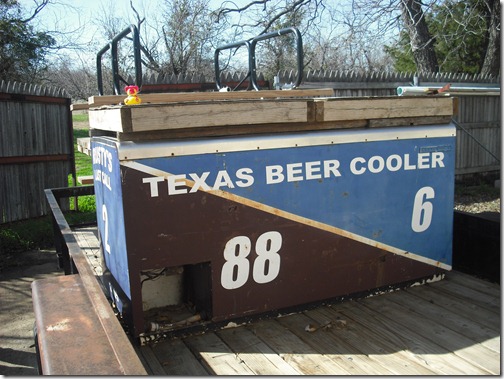 Dad and Ronnie Mac, an old and wonderful friend on the deck 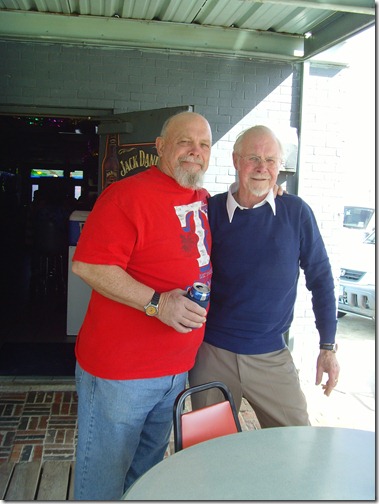 Me with Ronnie’s barbecue – now I have to go back just to taste some. Dad was an honorary judge one year (this is a big deal in Texas, and he’s an Englishman so it was an even bigger deal!) and I feel I should continue the tradition! Plus Ronnie wins a lot of barbecue competitions and I’d hate to miss out on tasty food 🙂 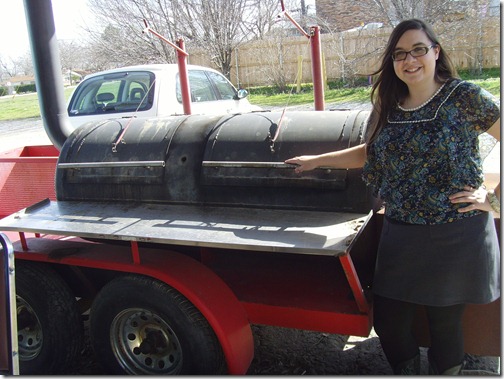 They have a bar cat called Wilbur. Who is a beautiful cat and who brought us a lizard. We rescued him and put him on a tree – he was perfectly ok, just a bit startled. 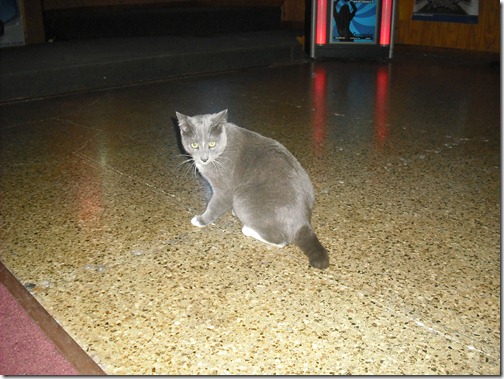 And this is the outside of the EYC as we left for the last time. It’s not in the slightest bit posh, but it’s genuine, friendly and a lovely place to while away an afternoon. Kind of like your favourite pub back home! 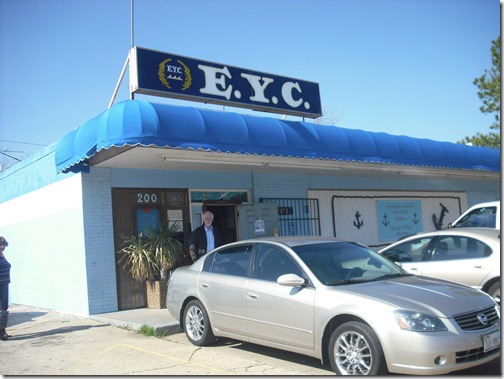