Yesterday, I was at an all-day workshop on the Myers-Briggs personality type indicator (MBTI). If you have no idea what this is, here’s a brief overview (courtesy of Wikipedia, of course). Essentially, it allows you to identify your personality and the way you approach the world, prefer to work and take in information by a series of questions and exercises, after which you get four letters which identify your type. 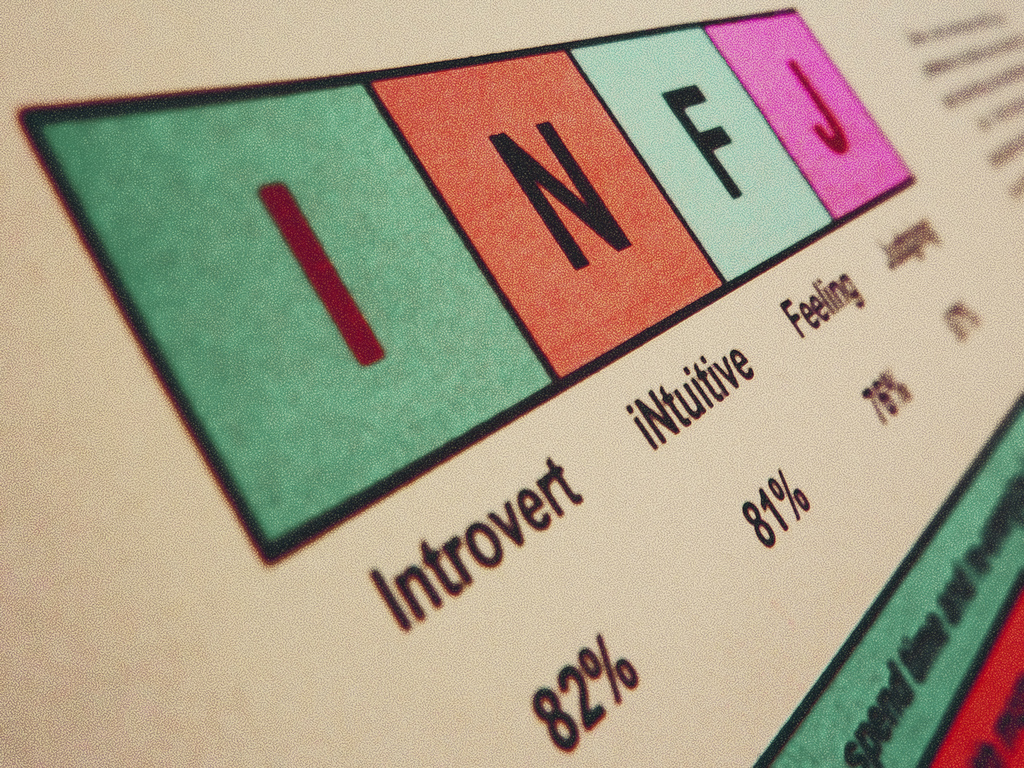 I’m not going to give you a psychology lesson, but in Myers Briggs and Jungian terms, an extravert (the “E” in the four letter type identity) derives energy from others, from being around people, and an introvert (the “I” in the letters) needs time and space away from other people to process the world and their thoughts. However, I had understood the terms previously as they are commonly used (extravert = confident and happy, introvert = shy and terrified), rather than their actual definitions.

A really key underpinning idea is that of preference. So we have an innate preference for a particular side, but can and do work to varying degrees of success in the other side’s mode.

When I first did the test, while trying to leave the London job, I tested as ENFP. Over the past two years, my preferences have shifted as my real self has come out to play, and I now usually test INFP.

I had mixed feelings about this, as I didn’t immediately identify as an introvert. However, the more I’ve learned about it, the more I’ve come to embrace the fact that I’m simply an introvert who really likes people and talking, but needs that time and space away from the world to recharge my batteries.

Back to yesterday’s workshop. We had an official questionnaire, and we also had to self-assess through a series of exercises. I self-assessed INFP, and tested ENFP.

My reaction was dismay, as I’ve spent so much time embracing my inner introvert.

And then we started to talk about the different things that Es and Is do in groups and teams.

I identify extremely strongly with all of those things, though they’re supposedly opposites. Though two of us in the group were ENFP, and we got on very well, even in the short space of time we were working together we identified differences between us.

And I realised, in a moment of clarity, that actually it doesn’t really matter whether the letters which identify me start with E or I – I have characteristics from both which I can use as strengths and adapt to different situations.

The moral of this rather long winded story? Is that while all the tests and tools which identify elements of your character for you to work with or against, and can certainly smooth your path, you can’t ever be defined by a single label.

I’d set such great store by being an introvert that I’d forgotten there are good things about being an extravert. And it opened my eyes to how other people view the world, and how all of us really are coming at this life malarkey from totally different angles.

It was certainly far more profound a lesson than I had expected to take away from a training day.

What did you learn yesterday? Was it unexpected?

Unicorn shoes – eeek!
Where to find me...