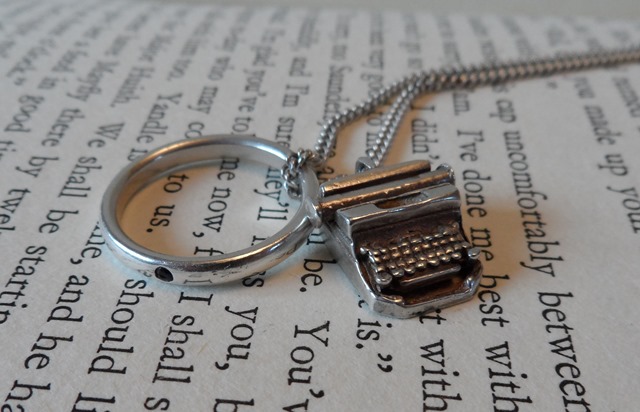 My jewellery has always symbolised what’s important to me – a birthstone, my Aes Sedai ring (the books the ring is inspired by changed my life), friendship rings, and most recently one reminding me of my intentions to photograph more of life. I create my talisman jewellery so that other people can do the same – keep their beliefs or dreams or hopes close by, always.

For day to day wear, I have various charms representing parts of my life or intentions which I wear separately or together on a silver chain – inspired by my Mum, who wears her cross, her evil eye protection, a camel and some other significant charms all together on a gold chain. I love that her beliefs and superstitions sit so easily next to each other like that.

As 2014 draws to a close, I’d like to add to my charms. A pentacle, for my spiritual side and for the witches in Discworld; a hare, for my connection with nature and also for Tiffany Aching (another Discworld reference) and the courage I hope I too have; and cats, to symbolise my two fluffy con artists who have so quickly become so central to my world. 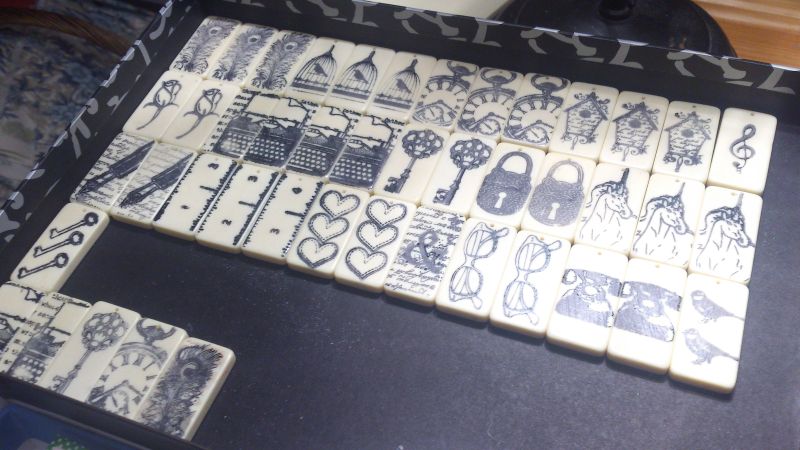 But almost every online shop which sells charms goes on at length about pentacles being a Wiccan symbol, and the Wiccan rede or tradition. Which is fine, but also quite annoying, as I’m not Wiccan. I don’t particularly identify as a witch in the traditional sense, either – only that an amalgam of the pagan/hedge witch/nature/druid traditions is what most calls to me from all the religious and spiritual paths out there.

And then that got me thinking – I have always, always been fascinated with magic, witchcraft, spells, the fae, the Other. I am unusually intuitive and more than usually aware of how others are feeling and the potential or actual impact of words and actions – mine and those of others. I feel other people’s pain in a way that is draining – my heart quite literally hurts for a friend who’s suffering emotionally or physically. I’m instinctively aware of the moon’s phases and their effects on me (if not perfectly versed in all their names), and I have a collection of crystals and tarot cards which I use fairly regularly. (I sell them, too – I wouldn’t do that unless I believed in them.) All of that makes me Carla, not Wiccan, or any other particular religion.

But words – now words have incredible power. I love, and I firmly believe, in words working magic. As spells, manifesting, crystallising intention or just putting yourself out there – whatever you call it, you will have noticed at some point in your life the power of declaring what you truly believe, voicing your dreams, giving life to that which you most crave through words, whether spoken or written. (It’s said that millionaires write their goals down every day, and billionaires twice a day.) And symbols like the pentacle or the hare (or a typewriter, a flower, whatever works for you) are just as powerful – they create words and associations in your mind. Which is the first step to making your dreams real.

And though I’ve never particularly thought of myself as a witch, I do use words and symbols and rituals, every day, to create my magical life. A life which I’m told inspires others (a concept I find humbling and exhilarating in equal measure). A life which is an evolving creation in itself – a journey, not a destination. A life made out of words.

So am I a wordsmith, or a witch? Or a little bit of both?

Traditionally, witches have a terrible reputation. The definition usually involves evil spells and an ugly old crone. In my life, as with all women, I’ll be maiden, mother and crone – in age if not in actuality. Beauty is subjective – but while I don’t for a moment believe I’m ugly, neither am I about to claim the alternative title of enchantress – the dictionary definition of “captivatingly attractive” is not something that could be consistently said about any human being I’ve ever met, and especially not me first thing in the morning. Plus I don’t put spells on people.

Instead, I believe in magic like most people believe in the sun rising each day. I refuse to let being an adult dull my imagination and sense of wonder. I listen to people and I share stories and I create words and symbols and images – in the hope that these things will encourage other people to live out their own dreams.

I am not a Wiccan. I am not an enchantress.

But I am magic, I am creative and I love words. And so I suppose I might just be a witch… by my own definition. 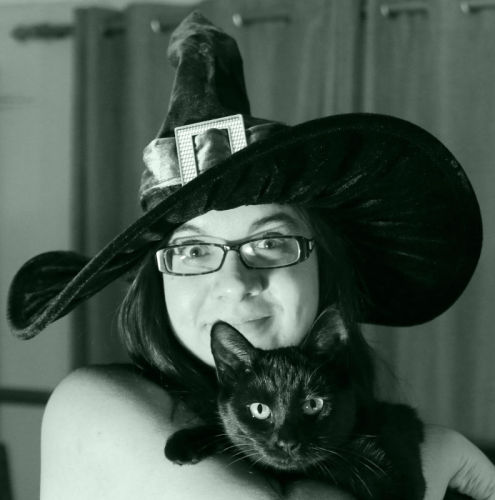 P.S. Want to find your own alter ego, witchy or otherwise? Hop over to Unfurling Your Wings and get your name on the list – the list for early access closes soon!

What a year it’s been.

Much like 2014 appears to be doing, 2013 snuck up on me somewhat. Tbe new year is only a couple of hours old, but I wanted to get my review up before my planning posts.

I saw 2013 in at Rob’s with a bunch of new friends, getting rather whimsically tipsy and generally having a wonderful time.

January saw a craft swap with some of my favourite people, lots of snow, a notice to vacate my flat, a ukulele workshop and a visit to London Edge trade show. Who knew that just a year later I’d be helping out Contrariety Rose with her stand there?!

was my birthday month (I celebrated by having dinner with Mum & Gran, and heading to bed with wine and six books. Utter bliss.), and also the month in which I visited Lou’s shop for the first time, had an impromptu school reunion and modelled in a collaborative photoshoot.

March held moving house in the snow, to a little house with a spiral staircase in a riverside village full of mad creative people. I finally got my garden and couldn’t be happier! I spent the very last morning at my old flat creating memories with my best friends, taking burlesque photos for the Paper Dolls. I also had six inches chopped off my hair – eek!