I have a photoshoot with the lovely Grace tomorrow afternoon.

We booked it months ago, which means the date has snuck up on me, and while I’m very excited, I’m also incredibly disorganised. This week I have been frantically making these beauties: 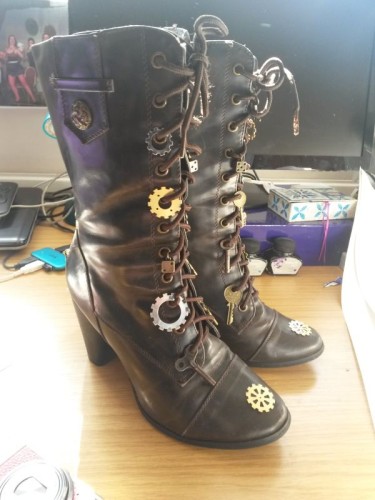 while simultaneously freaking out about how little preparation I’ve actually managed to do.

Discovering at ten to five on Wednesday that a) a key part of one of my costumes was locked in my parents’ garage, b) the location I had scouted would be overrun with students investigating their futures at university (how inconsiderate, lol!), and c) I hadn’t actually got round to ordering two other key costume components yet, I haven’t been the most serene in the run up to the shoot.

Fortunately Grace has found us a new location, the internet is magical and I have both costume pieces in my hands, and I did a detour on the way to see my accountant last night and got the other one from the garage. Phew. Now all that’s left is dyeing my hair, deciding on make up and actually getting there in one piece tomorrow… 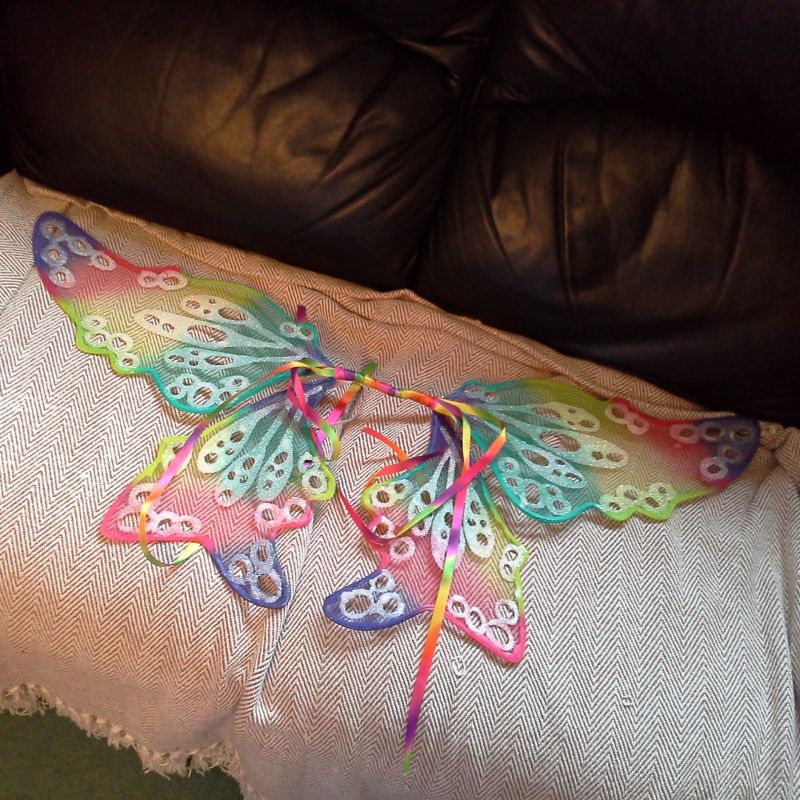 I have been scouring the internet and my Craftsy classes for posing ideas and practice, because despite all my dance history and being a photographer, generally when you stick a lens in my face I get the giggles, and not in a delicate and attractive way, usually in an all out snorting, crying-with-laughter-while-rolling-on-the-floor kind of a way. Which is going to be difficult in a corset.

Fortunately the two main looks we’ll be shooting are my two newest alter egos – Nell, real name Petronella Blythe Merriman, who’s a steampunk gypsy with a story all her own, and an as-yet-unnamed woodland fairy with rainbow wings and western boots. (I love how this alter ego work feeds off who you actually are.)

So though I’m excited-nervous to be the other side of the camera, I’m looking forward to drawing out more of Nell’s character, and perhaps finding out my fairy’s name and personality.

I’ll let you know how it goes! (and secretly? I’m pleased I’ve not had time to stress about it much. Like my self portraits, I suspect it’ll go better for being a bit spontaneous…)

If you go down to the woods today… 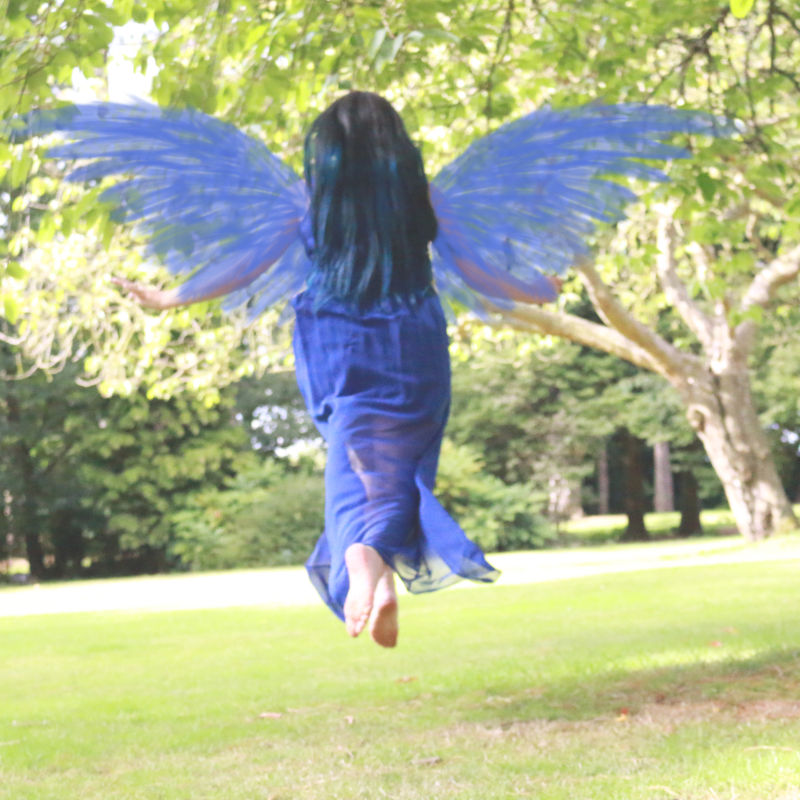 …you might just catch sight of a curvy faery taking flight.

The first (quick) edit from an impromptu series of self portraits I shot back in August in a quiet moment at my auntie & uncle’s house. The family thought I was stark staring mad but I was chuffed with the results – artfully fuzzy (because it’s nearly impossible to catch a faery being still) and definitely with fae potential.  I’m hoping to get some more finished in the lull between Christmas and New Year – and when the weather warms up, I have some more shoots planned.

I’m generally in the mood for wings and the fae and alter egos at the moment, as my current major project is creating stacks of material for Unfurling Your Wings. Come and join me – it’s going to be ridiculously fun when it’s finished!

Away with the fairies

Wanton Fairies, by the incredibly talented Catherine Daniel and Rosie Lee, is one of the very loveliest books I’ve read in a long time.

Do you believe in fairies? Even if you don’t, you’ll find yourself keeping an eye on your garden after reading this. The Wanton Fairies are just that – naughty, risque, real and hilarious, and beautifully captured in delightful words and glorious illustration.

I’m a fairy fanatic, so it was a natural choice for me. It would make the most wonderful Christmas present for anyone with imagination, wonder and who’s never quite stopped believing in fairies. Or anyone who needs a cheeky reminder that they very much do.

It’s an e-book (all the better to take with me on journeys and amble through at impromptu moments, and perked up the old London commute no end) but I’d adore a printed version too. So if any of you know any fairy-friendly publishers, let me know!

Go on – make someone’s day with these irreverent lovelies!

You can find the Wanton Fairies:
At wantonfairies.co.uk, on Twitter, and you can buy the ebooks here. Photos courtesy of Wanton Fairies 😉